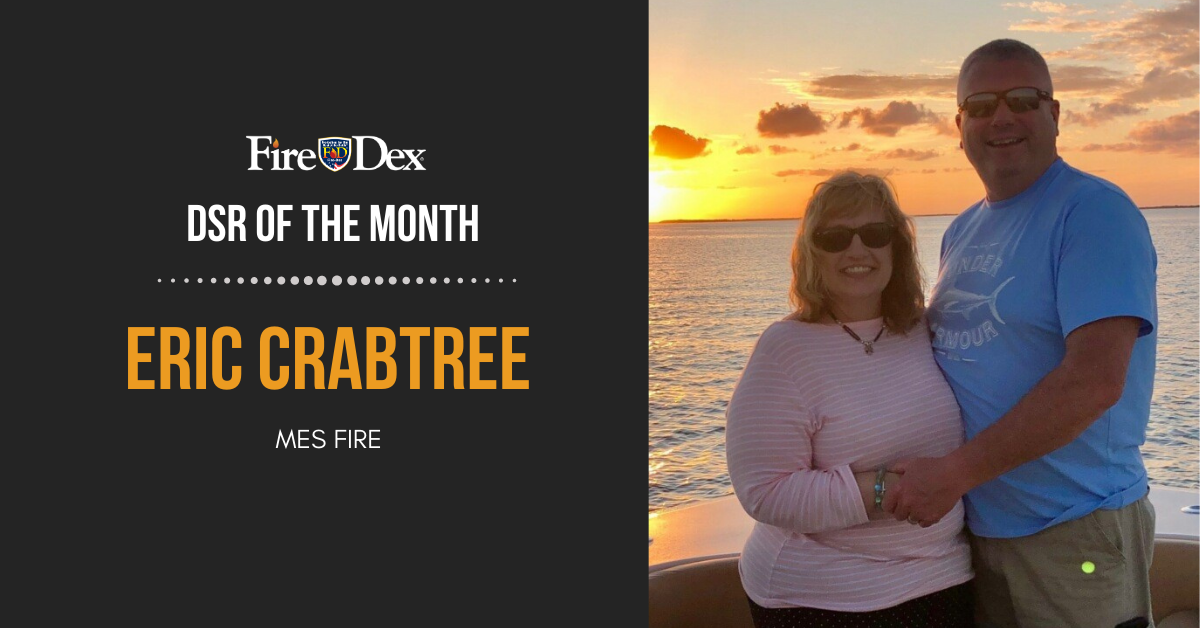 DSR of the Month: Eric Crabtree of MES Fire

For two years, Eric Crabtree of MES Fire, has proven to be an asset to the Fire-Dex Family in many different ways. He’s dominating the state of Illinois by introducing Fire-Dex products to new departments and has previously worked with our product development team to further make improvements to the already popular FXM Turnout line. With nearly 20 years of industry experience, Eric began his career with Global Fire Equipment, which was later purchased by MES Fire.

Eric is a Bloomington, Illinois native and has stayed involved with the Eureka Goodfield Fire Protection District for the last 30 years. Today, he holds the rank of Assistant Chief. When he’s ready to wind down, Eric enjoys cooking and being outdoors, while spending time with family and friends. Eric also loves traveling, and when he’s ready to retire, plans of becoming a boat captain for Bill Burke!

He’s successful in building our brand name, and we look forward to working with Eric for many years to come.