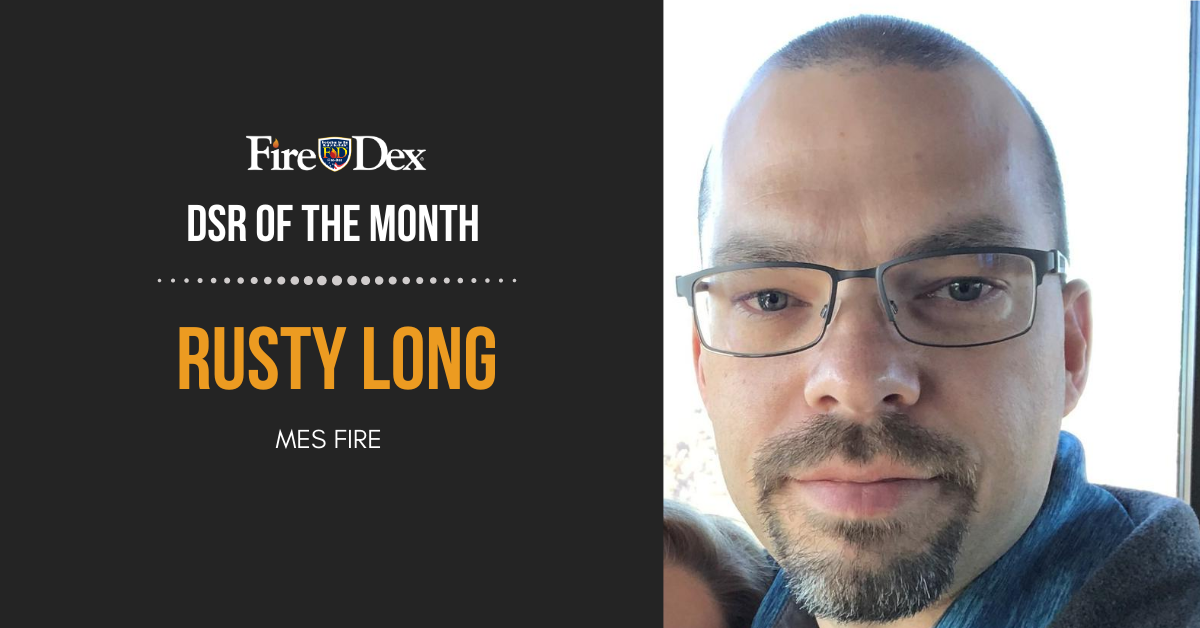 DSR of the Month: Rusty Long of MES Fire

Rusty Long of MES Fire, began his career in the fire service 23 years ago as a volunteer firefighter in central Arkansas. Through this experience, his interests expanded and he decided to pursue a full-time career in firefighting with the City of Bryant Arkansas Fire Department. After 20 years, he decided to retire his turnout gear and serve those he used to work beside.

In early 2019, Rusty began his career with MES Fire. He now provides equipment and gear to first responders in the entire state of Arkansas. In his free time, Rusty enjoys relaxing with his family.