History of Women in Firefighting 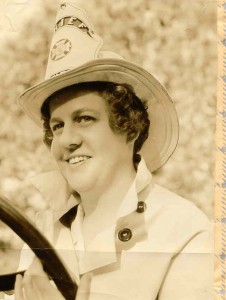 Women have played a very important, though not always visible role, in the history of firefighting dating back to the nineteenth century bucket brigades.

While most of the history of female firefighters is lost, as the information was not officially gathered until the 1970s, several important names left there mark on history and led the charge for women to serve in their local brigade.

Today there are more than 10,800 women who are career firefighters and over 3,000 women members who are volunteers. The history of women firefighters is rich with honor and continues to carve its path in history each day.