The Origins of Fire Fighting

There is no question that Fire Fighters have a long and proud history across the world. For years brave men and women have faithfully served to protect the people. But how far back does the Fire Fighting tradition go? It might surprise you that the oldest team of Fire Fighters on record traces back to Ancient Rome. 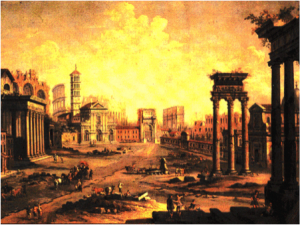 Wealthy Roman governor, Marcus Licinius Crassus, is on record as having created the first organized fire brigade. However, Crassus was no hero. In ancient times Rome was particularly susceptible to fires due to a combination of the city’s early urban architecture, and the heat of the Italian summer. Crassus took advantage of this by creating his brigade of 500 men who would rush to burning buildings at the first sign of trouble… and negotiate a satisfactory price before beginning to fight the fire. Soon after, early Roman Emperor Caesar Augustus, saw the need for a city-wide fire brigade and in AD 6 created the proud order of the Vigiles Urbani, the Watchmen of the City.

The Vigiles were stationed in city barracks and would patrol the streets for unsupervised fires. Upon finding a budding fire a cohort of Vigiles would dispatch from the barracks with a horse-powered fire engine, and an expert in the city’s water supply – known as an aquaria. During their time as servants of the city, the Vigiles saved many lives, putting out fires, and often laying out mattresses and blankets to allow people to jump to safety. Little did they know that their vigilance would begin a tradition of honor and bravery that would stretch all the way to the 21st century and beyond.