Sales Rep of the Month: Joel Callihan from C.W. Williams 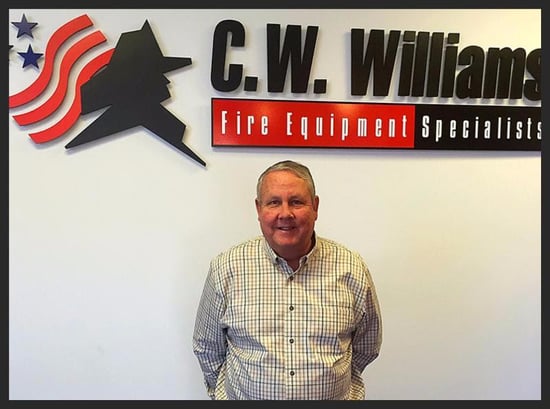 We would like to congratulate Joel Callihan of C.W. Williams for being our October Sales Representative of the Month, but moreover we would like to send him a HUGE "Thank you"!  Joel has been selling Fire-Dex for 20 years!  Which means he was a mere 10-years-old when he started selling turnouts; now THAT'S impressive!

He was a very driven, entrepreneurial child...

Joel has worked for CWW since 1994, right after they became a Fire-Dex Distributor, and he has been part of a team of absolute powerhouse sales reps ever since.  Given Joel's integrity, honesty, salesmanship and the relationships he has with his customers, it can definitely be said that Joel has directly contributed to the growth and success of Fire-Dex in a very big way.

And in case we haven't made him sound great enough, Joel is also a Volunteer at Mitchiners Crossroads Vol. Fire Dept. I would have to assume he doesn't have much free time, but he swears that he does enjoy golfing and fishing in his "spare time".

Thank you again Joel for your years of outstanding service, and we look forward to at least 20 more.