As you have seen on the news around the country, West Virginia was hit with major, catastrophic floods earlier this week. Much of the state was declared a state of emergency. Many of the fire departments in the state were also impacted by the flooding and incurred loss as well.

The Fire-Dex team rallied to deliver support to some of the affected departments in the area. We packed a truck with Fire-Dex gloves, boots and turnout gear, shopped for first aid supplies and personal hygiene products and headed east. 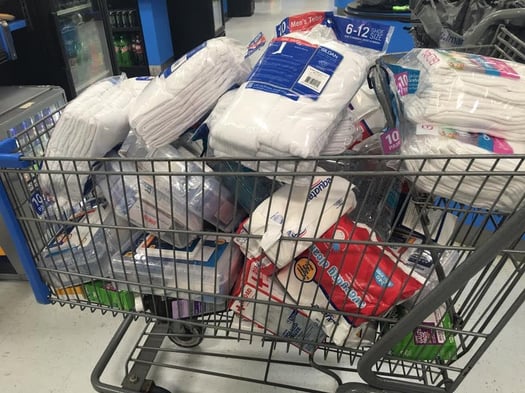 Late last night and into the early morning hours, the Fire-Dex crew delivered boots to Clendenin VFD, turnouts to Mud River VFD, and first aid supplies to Pinch VFD. We also worked with the West Virginia State Fireman’s Association and Thomas Miller to match department needs with donations and supplies.