Volunteer Firefighter Jamie Brock has served his community in his volunteer firefighter role for more than 30 years. On September 28, 2016, he went above and beyond the call of duty. He heard on his pager of an active shooter at a local school, Townville Elementary School. He immediately rushed to the scene and without hesitation tackled the shooter. He detained the shooter until authorities arrived. His efforts were applauded as likely preventing others from being hurt. 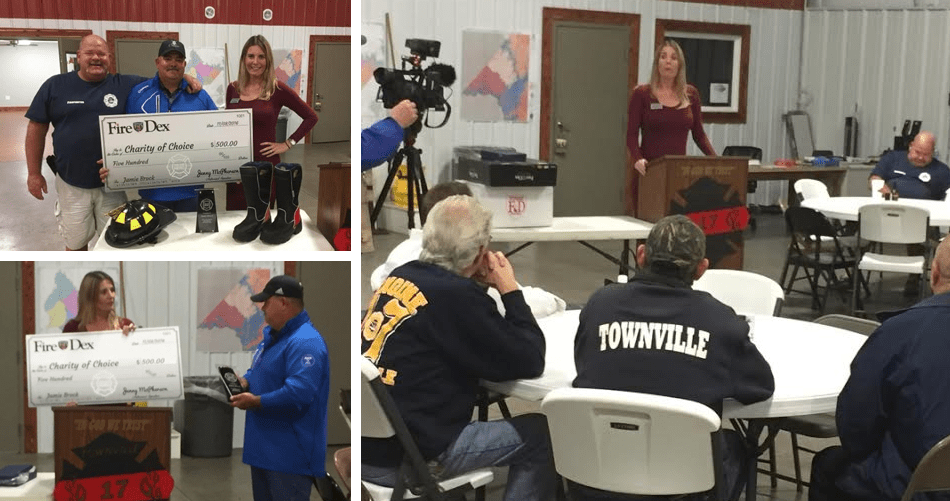 In recognition of Jamie and his heroic efforts on that fateful day, Fire-Dex representatives Todd Herring and Jessica Meade, presented the first Fire-Dex Hometown Hero award to Jamie. Jamie received a beautiful award, a new Fire-Dex helmet and a pair of FDXL-100 Red Leather Fire Boots. Additionally, Fire-Dex will make a $500 donation to the charity of Jamie’s choice.