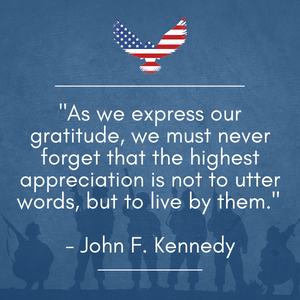 Lieutenant Survives Extreme Heat in Back to Back Fires

Kalkaska Township was recently dispatched to a house fire. Upon arrival, crews were in a defensive attack and within 5 minutes, one crew switched to an interior attack. During the first 45-minute air bottle, they tore down much of the ceiling while being exposed to some heat and fire. After, they exited the structure so they could swap out their air bottles and remained outside for about 20 minutes. In the meantime, crews went back to a defensive attack and collapsed a majority of the roof in the center of the house.

“After the roof had collapsed, myself and two other firefighters went back to an internal attack to find hot spots under the standing roof around the edge of the home”, said Lieutenant Kyle Jenkins. “As we searched for hot spots we began getting into heavy fire in the alpha / delta corner of the house.”

Lt. Jenkins was in the lead tearing the ceiling down and removing debris, as the other two firefighters were on the 1 ¾” hose line. As they reached the end of the hose line, Lt. Jenkins was working on making a hole in a wall to extinguish the heavy fire that was found.

“As I was working on accessing the wall, I began to feel slight heat on the left side of my body, I backed away to cool down and made the decision to abort the task due to not having sufficient hose line.”

As Lt. Jenkins came out of the house to swap air bottles again, he saw no visible damage on his turnout gear. They continued to mop up on that scene, then left to respond to another fire.

Prior to working the second fire, Lt. Jenkins realized his SCBA lens had melted so he changed to a new face piece. The second fire was also internal and he went through 5 or 6 SCBA bottles at that one, in the same turnout gear, feeling no extreme heat.

“Once back at the station, my gear was cleaned and inspected. During inspection, I had found slight blackening on the exterior of my turnout jacket and pants. I then removed the inside lining to find that was also discolored and brittle. Along with this gear needing to be replaced, my SCBA mask, helmet, boots, and Nomex hood were also replaced due to damage.”

The heat that the turnout gear experienced was hot enough to brown and blacken the outer shell and melt the moisture barrier to the thermal liner. Considering that amount of heat, the outer shell material was still intact and couldn’t even be torn with his hands. During these fires, Lt. Jenkins wore Fire-Dex turnouts with a TECGEN71 outer shell. Thankfully, Lt. Jenkins didn’t receive any burns from these fires, despite the extreme circumstances.