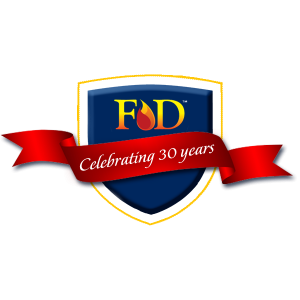 On April 27, 1983, when stamps were .20 cents and gas was only $1.25/gallon, Fire-Dex opened in Cleveland Ohio, under the name National Safety Apparel. Thirty years later, Fire-Dex is serving the international firefighter community as a top provider of head-to-toe turnout gear with continued expansion in the industry, including the development of a boot line.  Their real mark came with the design and development of the FX-R custom turnout gear, now proven to deliver best-in-class comfort and safety like no other in the industry.

In the beginning, according to founding member Charlie Grossman, Fire-Dex manufactured only gloves. According to Grossman, the most pivotal point in the growth of their business happened later in 1984, when current Chairman Bill Burke was hired. “Our growth in the glove market just took off”, said Grossman.

Below is a short timeline of the various Fire-Dex products that have been introduced to the market over the past 30 years.

Fire-Dex will be celebrating the past 30 years of history with related blog posts throughout 2013.