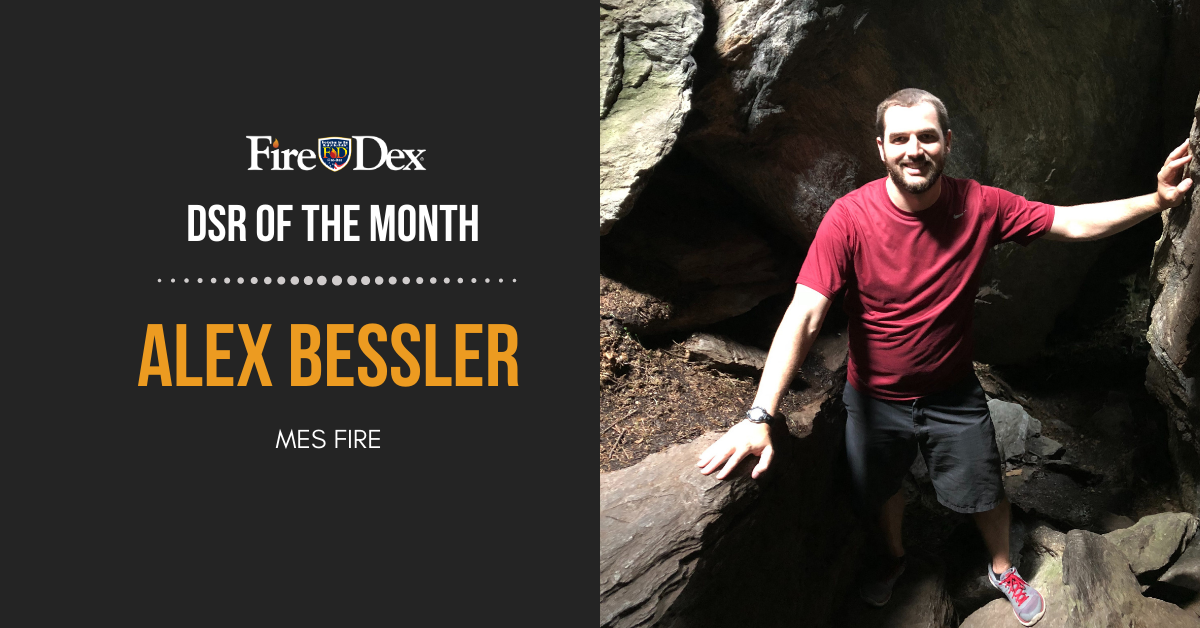 DSR of the Month: Alex Bessler of MES Fire

Over the last five years, Alex has shown a willingness to grow and learn within the Fire-Dex Family. After beginning his career at MES as a Customer Service Representative, Alex then became the Office Manager and now for nearly three years, has been thriving within his sales role. He’s shown great expertise in Fire-Dex products by actively promoting the Interceptor Package and Rescue80™ Gear throughout West Central Florida, with his most recent conversion at a large Metro Department in Polk County.

Alex grew up in a fire family with his dad as a career firefighter for nearly 40 years and his brother, who is an active member of Clearwater Fire Rescue. When Alex isn’t busy selling or staying updated on the latest Fire-Dex products and technologies, he enjoys spending his time outdoors backpacking and camping.

We’re excited to watch Alex continue to expand his knowledge and skills within his territory!