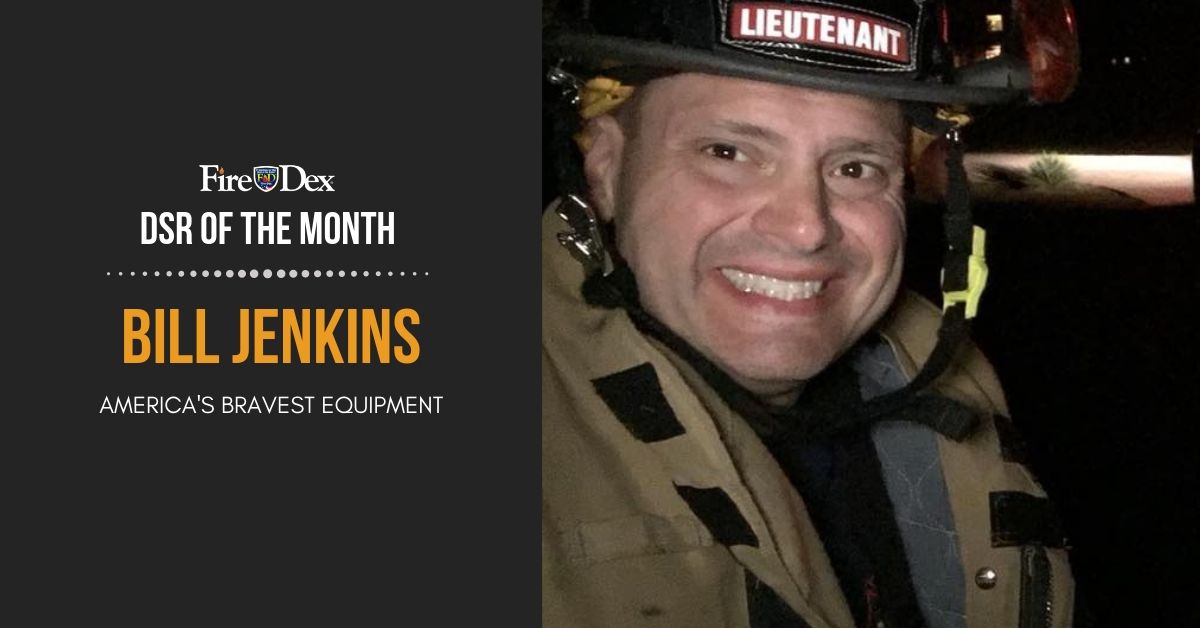 DSR of the Month: Bill Jenkins of America's Bravest Equipment

Bill Jenkins of America’s Bravest Equipment adopted the Fire-Dex health and safety message early on and has been extremely motivated to share it with his territory. His ability to spread the message with enthusiasm has earned him the title Distributor of the Month.

Bill has been instrumental in many appointments which have led us to new fire department introductions in the Louisville area. He has also secured numerous orders and wear trials which we’re confident will lead to future business.